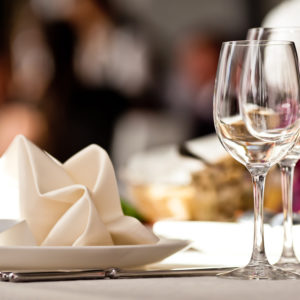 Be brief. Nobody wants to read long paragraphs. Emphasize visuals. Photos and videos attract more interest. Always get customers’ permission before uploading their photos. Think long-term. Facebook is about communicating your restaurant’s culture. Occasional showcases are OK, but promoting the catch of the day every day might get very old for your followers very fast.
Don’t just sell. Showcase menu options, recipes, and the origins of dishes; share favorable press; post industry news; and ask questions. “You want to see two-way interaction in these channels,” Weil says. Don’t overpost. Once or twice a day is plenty, says Perlman, who advises operators such as Wolfgang Puck and Marc Vetri. Stay current. Neglecting your Facebook page is even worse than not having one. “Bang out 20 or 30 posts on a Sunday afternoon,” Perlman suggests, “and schedule them to appear automatically on your page at predetermined days and times.”

Claim your business. Most places on Foursquare are created by users. Visitfoursquare.com/search to see if you’re already there. If so, “claim” the business as yours. If not, add your location.
Post updates. Post special offers, upcoming events, and other news on your Foursquare business page.
Reward customers. Use Foursquare as a loyalty program—e.g., offer a free appetizer on every fifth check-in.