Instagram is Taking Over the World of Social Media 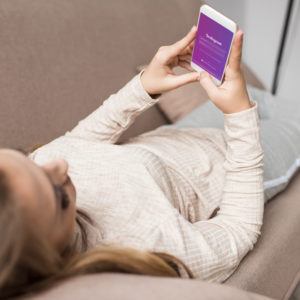 Instagram doesn’t seem to be slowing down anytime soon! This app has been releasing new updates that have been heavily competing with other social media applications such as Snapchat, Facebook, and now YouTube. Instagram has taken existing social platforms and recreated them with a little twist to help draw in more users and most importantly, more business.

First off, Instagram just recently announced that they have hit a record-breaking 1 billion users within the past couple of days! Pretty crazy right? People know that Instagram is one of the largest social media platforms, but could this new massive number of users have anything to do with what’s to come with Instagram?

This brand-new update has YouTube getting a little worried. Instagram has recently launched IGTV which will allow users to be able to watch hour-long videos posted by other users or brands. Previously, the app only allowed up to a 30-second video to be posted in your feed and this made it challenging for those trying to advertise a product or show something to their followers. With this new launch, you will be able to watch videos much like YouTube’s, but within the Instagram app in its own section at the top right corner of your feed! Since this update has already been rolled out, there have been mixed reviews with how people feel about the new IGTV. Some people feel that it’s a great idea for those who don’t have a YouTube channel or do not wish to start one, to be able to post a video longer than only a few seconds to their Instagram. We can’t wait to see what this new update can lead to!

One of Instagram’s newest updates has many users quite excited to say the least. A new muting feature is rolling out, which means Instagram users will be able to keep their home feed more to their liking without unfollowing another user or page. What this can do is keep you from seeing posts from users you’re not interested in seeing, yet you won’t offend someone by unfollowing their page. Most small businesses will find this new update to be life changing because following existing and potential customers will help gain exposure for your brand or product, yet their home feed will not be clogged with multiple random posts by the people they followed. Especially for a smaller business, you can keep your feed clean with posts you only choose to see while reaching your desired market and advertising to them through what’s becoming the most popular social media platform. This muting feature is expected to roll out within the next few weeks! Keep a look out!

Another Instagram update to keep on your radar, especially for all of you small business owners, is you are soon able to take an already existing Instagram post and turn it into an ad. Facebook has already launched this update previously and it has made life a lot easier for small business owners because they already had so much existing content they wanted to share and advertise to their market, and now they are able to go back to what they’ve posted and actually do it. Instagram was inspired by this and has chosen to roll out a similar feature which will allow users to take already existing posts and set them up as an advertisement or a sponsored post. This is an excellent way for brands to create an engagement through visuals of the product, brand, or service. Also, it can help create a long-lasting effect on your brand and exactly what you are advertising. This feature will change advertising for businesses and you can expect to see this making it’s mark here shortly. This update, along with the ones previously mentioned, will help reform the world of advertising and this is only the beginning of it all.